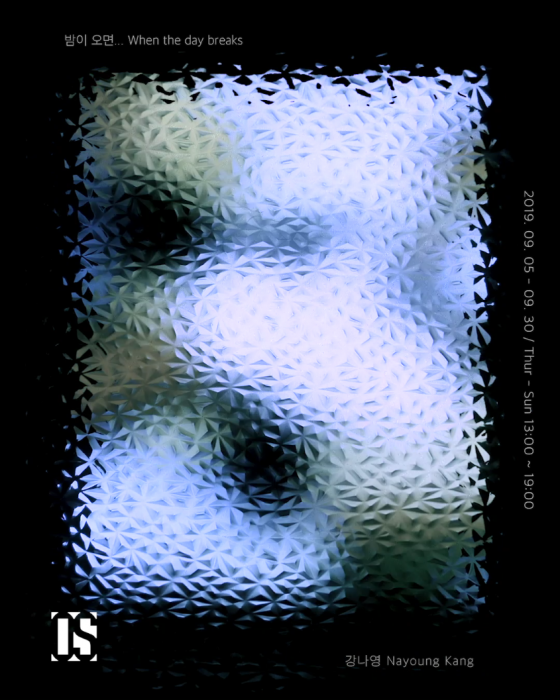 A piece of sidewalk block is sitting on its round back. I raise my foot and rock this lone block that belongs nowhere on the street. It would have fit somewhere if there were a matching groove for this round body, but the round back keeps being pushed away as if it rejects to be settled on the ground. A strange silly noise comes whenever the half-cylinder rocks, yet I feel like I’ve heard it somewhere before.
Feeling like there is nothing else I can do, I rock the block several times and then get into thinking how I started the day. After staying awake until the dawn thanks to my light insomnia, I had a short three or four-hour sleep before barely opening my eyes in the morning. I doubt if it is even possible at all to wake up in the morning sun with a ‘good- morning—‘ stretch in a fresh face, as I see in TV shows. Since when have my mornings started with the body of accumulated sleep deprivation? Not everyone’s morning would be so shabby, I guess. And after all, morning is not necessarily the criteria of a day. Some do start their days when the neon lights shine the fanciest.
No matter how I start it, the day hastily flows regardless of my will. I push my self under pressure to spend the day faithfully, or try to make the most out of mundane encounters; only to face the sudden emptiness that rushes on my way back home. After spending the day under indoor lightings as such, I walk outside and confront the darkening ambience. Luckily, it is still a bright day as I see outside the window.
I walk down the narrow stairway after seizing to rock the block. It is the darkness that I enter after walking under the dim censored light through the corridor. I follow the light (the street light,) that circles the pitch-black room. It is not clear what the light is chasing after: but I see that the tip of the light touching a round shallow slope covered in black grains, and beneath the edge of the hill is a window behind which someone chattery is wandering around (the road,). Across the slope is a vertical sandy beach (the wall,). My eyes follow the sparkling spot on the beach and the slope as the lighting illuminates their surface, in the dark where I hear nothing but the light rotating and the noise from beneath the slope. And then I walk behind the wall on the side of the room to face a shallow fence with a crown of broken glass pieces (the barriers,). I wonder if a wall with such a small body can do its roll. However seeing the shape and colour reflected on the wall, I feel like it doesn’t matter at all. I fit my feet inside round transparent crevices on the floor(your feet,) as turning around from the fence, then encounter a snowman a little too early for the season (and the window of the room).
I feel no anxiety as I look at the sparkling sidewalks that remained invisible during busy daytime and the trees glowing in transparent green under the streetlights. I am relaxed as I feel like I don’t need to be productive. When the night comes after the day when everything is clear, things that lived through the day submerges under the darkness. During the dark hours, I get to be oblivious of the day that will begin again within a couple of hours. The beginning of the day was not under my control, but I am willing to have the least contribution as I finish up the day. Wasting time when being productive is not enough: I might be advised to live a day more efficiently. Yet, what we need in order to withstand this reality is some time to refresh and refill the worn-out mind and body.
To Nayoung Kang, ‘night’ is the time to step away from the reality that reminds her of her situation, as well as another world where her imagination begins to unroll. During her stay in the UK, Kang had been living through nights more than living the days. Her exhausted body couldn’t sleep through the night as she had to adjust in the foreign reality, longing for familiarities such as the language that she learned by imitating her parent’s, the people she communicated with that language, and times and places in which she had shared with those people. She would still be a foreigner night or day, but at least the night did not designate her as a foreigner or made her feel like one. By accepting night as her world and hovering
through the night, she attempted to step aside from the reality that reminded her of her situation as a foreigner.
Now, how did she find her home, Korea, to which she returned from life as a foreigner? She came back to the town, her home where she used to live; but still, she feels familiar and comfortable during the night, she says. When she was longing for a place to lean on to, she found the world of the night relaxing and comforting her loneliness and anxiety. Now it is rather a private time and space that shelters her, even more, nostalgic than the old ‘home sweet home.’
The exhibition unravels from a person’s experience and emotion but does not will to conclude the story and close the chapter. I hope that you could closely stare at, walk around this way and that way; rather than hastily walking away to the other floor as if turning a page. It would be nice to take a walk to somewhere new or walk the routine you pass daily, with some time to stare with care after leaving the gallery.
Text by Yeonji Lee
Translated by Jinho Lim 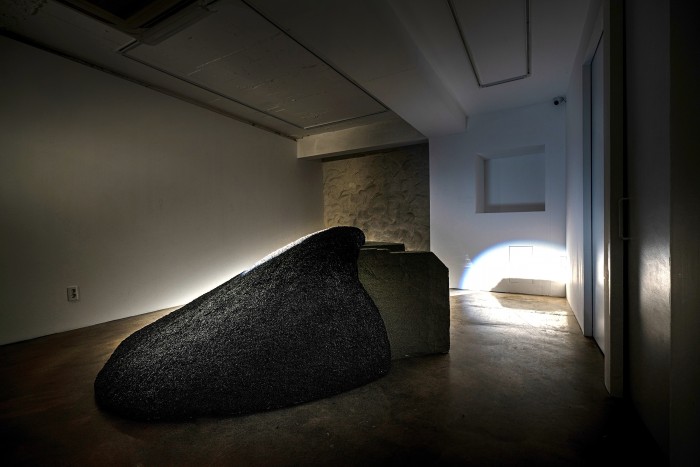 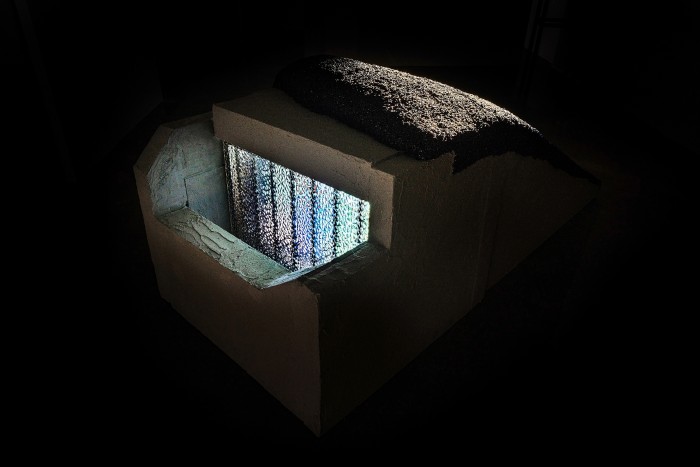 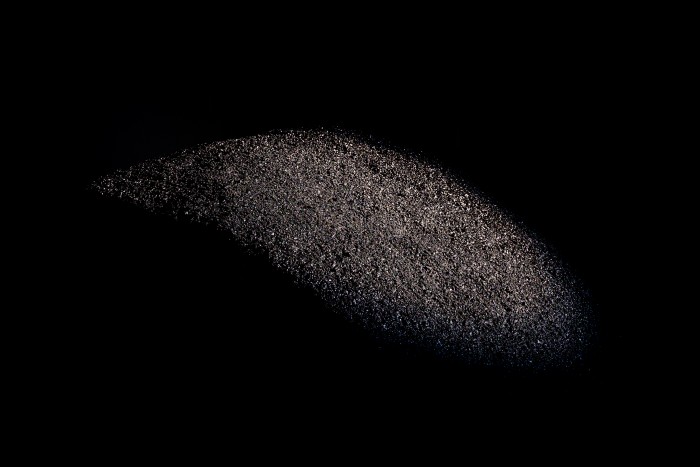 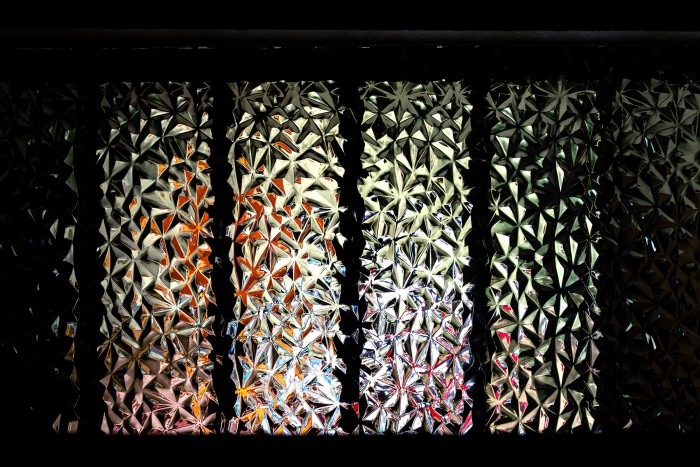 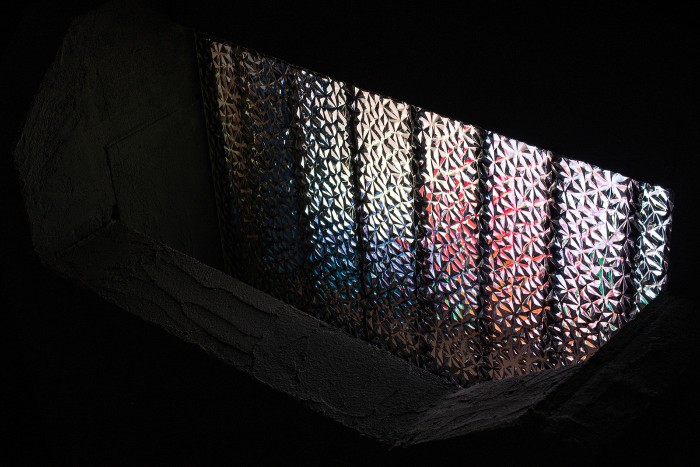 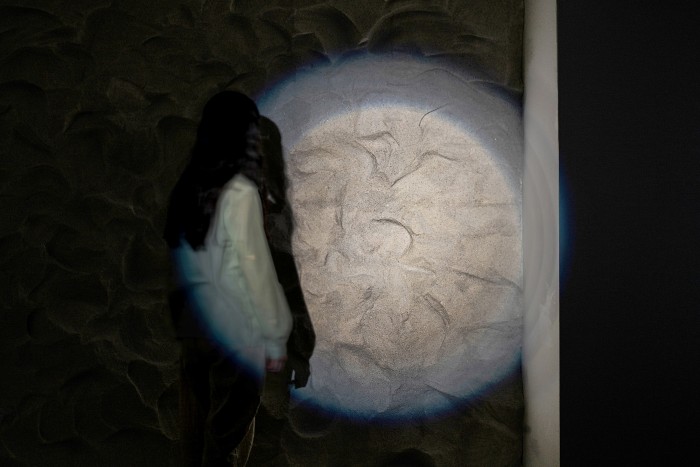 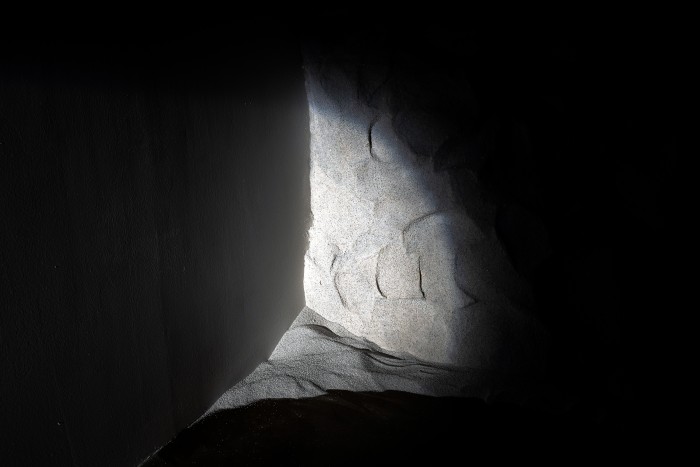 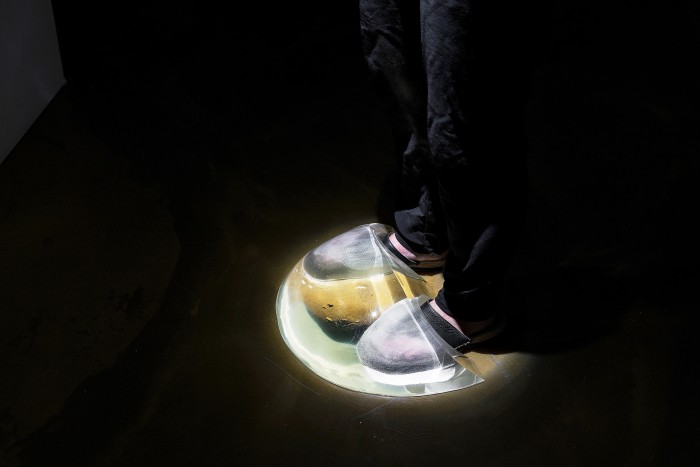 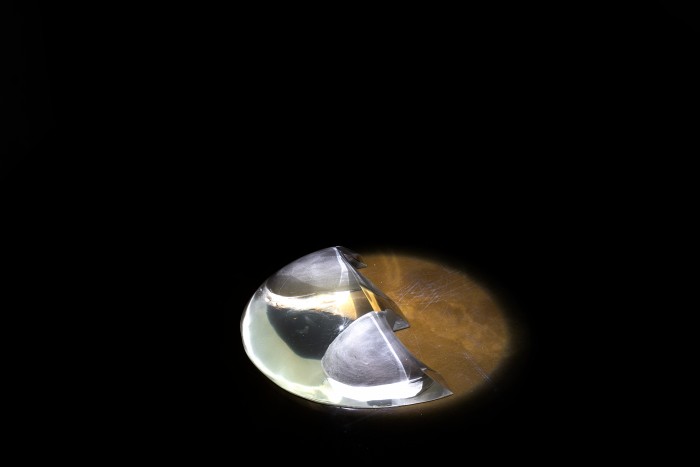 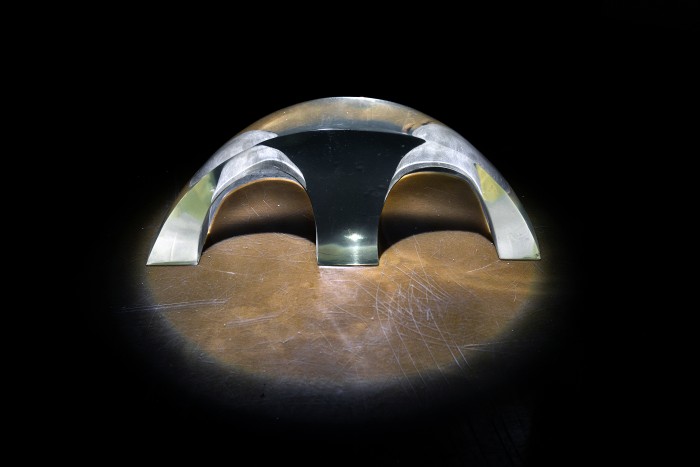 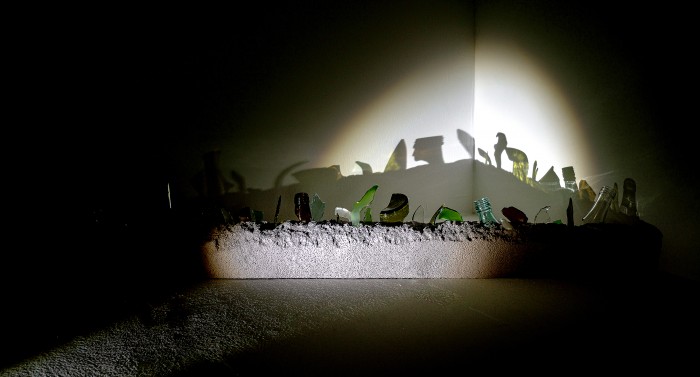 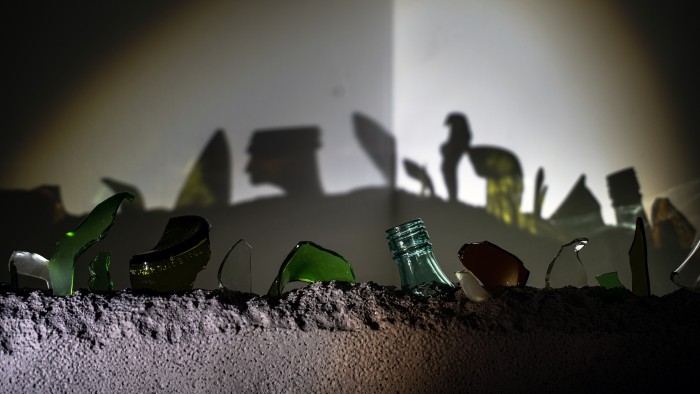 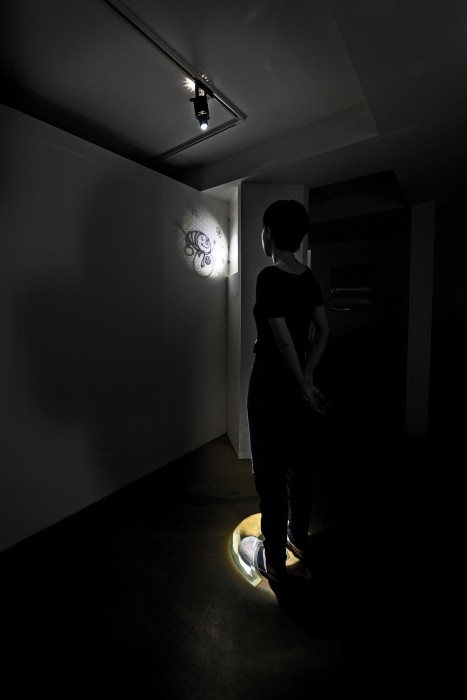 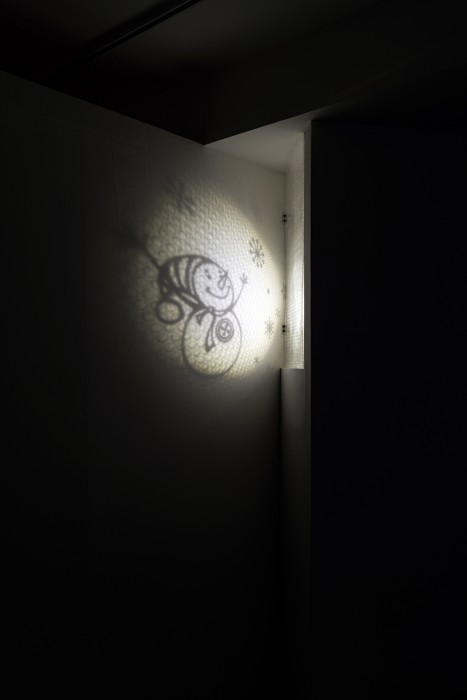 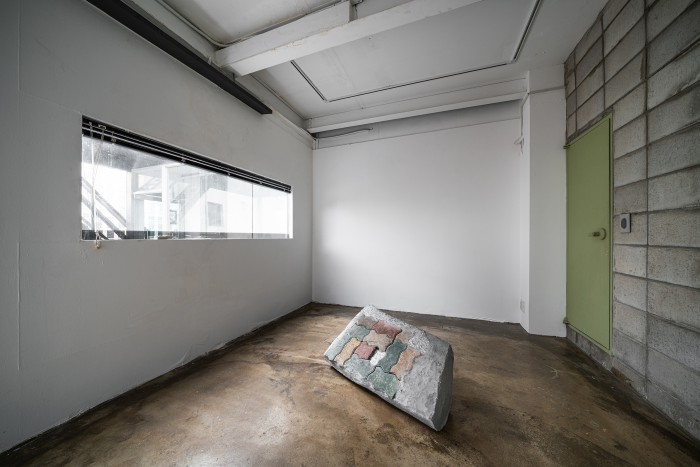 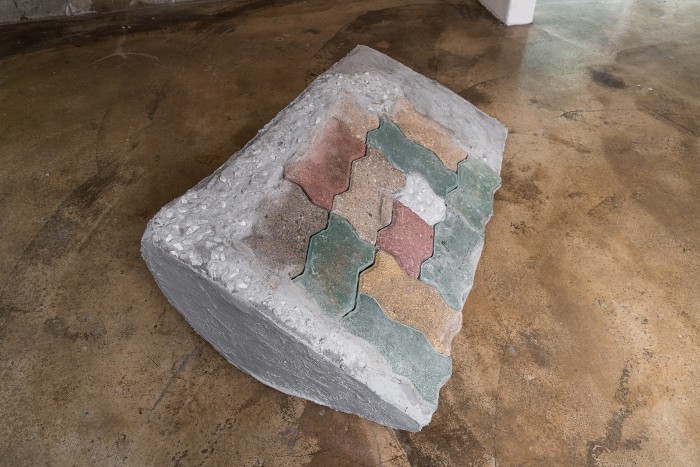 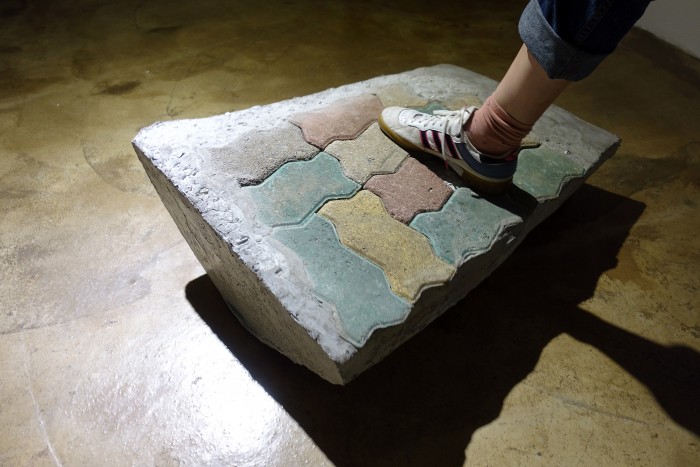